Change In Rules Regarding Family Sponsorship

It will soon be easier to sponsor your family in the UAE as an expat, thanks to a new set of criteria announced on Sunday (March 31)

According to a statement from the General Secretariat of the Cabinet, the amended provisions now indica 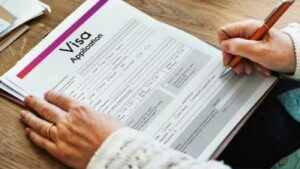 te “income” as a requirement for sponsoring family members, as opposed to the previously listed “professions” which allowed workers to sponsor their loved ones.

Previously the residency visa regulations have been based on an individual’s job title and those wishing to sponsor their family needed a job title of managerial level or above with a monthly salary of 4,000 AED  for men, and for women, a doctor, engineer or teacher, with a salary of 4,000 AED per month with an option of petitioning should she be in a different industry and earning a monthly salary of 10,000 AED.

The General Secretariat of the Cabinet announced that “The decision aims at enhancing family stability of foreign workers and social cohesion, as well as attracting highly skilled workers while maintaining a healthy balance between professional and personal life”. 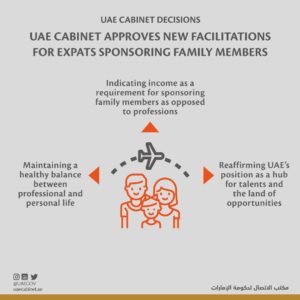 He also highlighted the decision’s positive effects on the labour market, as it will increase productivity, support the national economy, and improve the performance of workers within a comprehensive environment that will integrate the entire community.

In his statement yesterday (Monday 1st April), Al Hamli stressed that the UAE hosts over 200 nationalities and guarantees their rights, which are safeguarded by national legislation, as it considers everyone to be active partners in the development process, making the UAE the first-choice destination for manpower and experts who see the country as a safe place to work and live.

Inspire Selection surveyed a group of people living in Dubai about their experience of working from home for the past few weeks. 6% always worked from home, even before Covid-19. 32% cannot wait to get back to the normal place of work. Explanations for this include:...

Four Challenges that Universities Face in Recruiting Academics for the UAE

The Times Higher Education World University Rankings 2020 was recently announced with 2 Universities in the UAE featuring in the top 500 * As the UAE National Agenda includes Education as one of the 6 national priorities, there is a very strong focus to improve the...

Inspire Selection is delighted to announce the launch of a new arm of the business concentrating on Higher Education Executive Search and Selection, headed up by Elaine Hardman. Elaine brings with her over 20 years of experience in Executive Search & Recruitment...

Should I Pay My Agency Any Money?

It surprises us how often we hear from candidates who have been asked for money in return for an interview, charged a fee for an agency to ‘prioritise’ their CV or pay to become a ‘premium member’ of a job board. First of all, and most importantly, any recruitment...

This year’s International Women’s day has the theme of gender balance #balanceforbetter. We are fortunate in the UAE that many organisations enjoy a good gender balance and the gender pay gap is seldom seen – in fact 44% of placements we made in 2018 were women and...

We are delighted to welcome Steve Currie to the team at Inspire Selection. Steve has over 15 years recruitment experience having worked for market leading international recruitment businesses as well as smaller more niche, specialist agencies and has been based in...